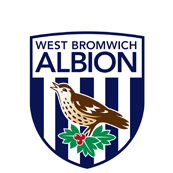 The match between the team of West Bromwich Albion and the team of Queens Park Rangers will be held within the tournament in football: Championship 2021/2022, the match will be held at the arena of Хоторнс.

History of confrontations between West Bromwich Albion and the team of Queens Park Rangers:

The past match of Queens Park Rangers was played against Fulham - 16.10.2021, within the tournament of Championship 2021/2022 and ended in victory of Fulham.

Follow the results of the match West Bromwich Albion - Queens Park Rangers online in LIVE football mode, where all statistics are updated throughout the match on our website.